SparkLayer launches official public app for Shopify and Shopify Plus 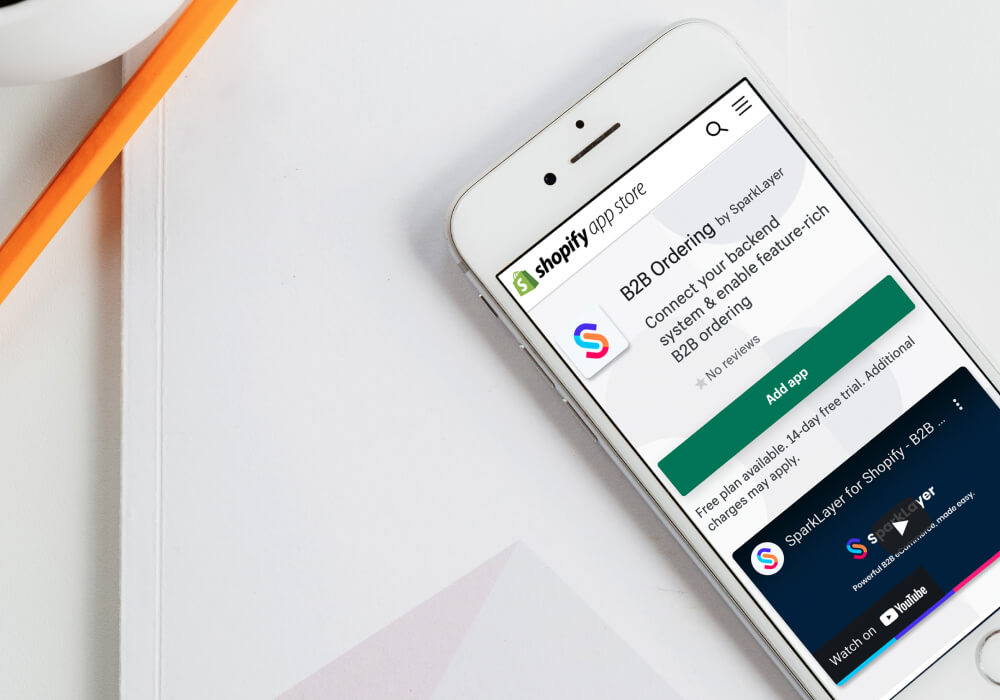 SparkLayer's mission is to make B2B eCommerce simpler and more connected; one of the key ways to achieve this is to offer the tools to B2B merchants to seamlessly integrate SparkLayer into their existing platforms and sytems. This month saw a milestone being reached with the launch of our official Shopify-approved public app, allowing Shopify merchants to benefit from the power of SparkLayer!

Public Shopify apps area available to any of Shopify's merchants and are a great way to safely enhance the features and functions of the native Shopify platform. With over 1.7M merchants now using Shopify (and quickly growing!), apps have become an integral part of their overall offering. As a Shopify partner, the SparkLayer Shopify app now allows us to reach any merchant using the Shopify platform and to extend their existing website to offer powerful B2B-ordering.

The SparkLayer Shopify app works by guiding merchants through our onboarding process; connecting to their Shopify data (such as products and customer data), assisting in integrating with the SparkLayer API, and installing the SparkLayer Frontend widgets. Once this is set up, the merchant can then begin inviting their B2B customers and start taking orders!

The launch of our offical Shopify public app allows us to reach a large audience who are looking for a more connected solution for their B2B eCommerce operation. Getting approval by Shopify is testament to the problem we're trying to solve and we're excited at the opportunity this brings! - Chris Mattingly, Co-founder

You can learn more about how the SparkLayer Shopify app works by visiting our Shopify integration guide.